Subtle Lip Can is a trio consisting of Bernard Falaise (guitar), Joshua Zubot (violin) and Isaiah Ceccarelli (percussion). All three are members of Montréal’s fervent improvisational community. The textures they create are unique, rich and cover a wide dynamic scope, from contemplative soundscapes to frantic climaxes. Having released their eponymous album on Vancouver’s famed Drip Audio label in 2010 and subsequently toured Europe, the trio has now released their second album Reflective Drimein in March 2014.

In Oslo, the trio will collaborate on graphic scores and free improvisation with members of nyMusikks komponistgruppe (NMK), featuring work by nu:nord composers Kristin Bolstad, Stine Sørlie and Tyler Futrell. Subtle Lip Can was introduced to NMK through percussionist Isaiah Ceccarelli’s participation in nu:nord as a composer, both in 2012 and in our upcoming 2014 edition. 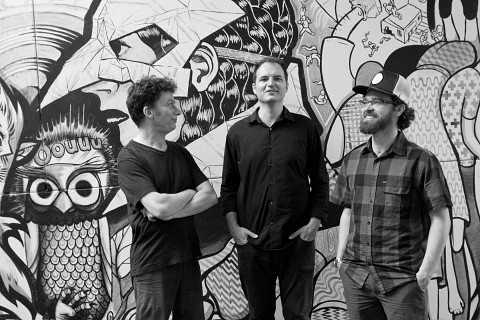