Founded in 1998, the ever-changing Ensemble SuperMusique is one of the few Canadian ensembles entirely devoted to Musique Actuelle: a punk, absurdist, DIY response, but playing with questions of language and identity that only could have come from Québec. Different composers/musicians from the ensemble itself alternate as bandleaders, but very rarely conduct the ensemble outright. Their repertoire is comprised of works by leading composers from both Canada and around the world. 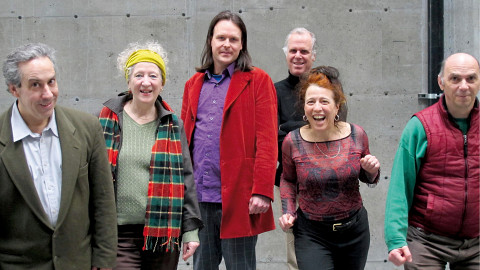