Torsten Müller is a free improvising bassist in Vancouver, Canada. He plays a 5 string double bass. He lived in Bremen and Hamburg from 1976 to 2001, where he started his musical career and worked as a radio host and producer at Radio Bremen, a public radio and television broadcaster.

He came into the free improvised music scene in the mid 70s, first playing with Free Music Communion (an ensemble with guitarist Herbert Janssen and pianist Udo Bergner) recording three LPs on their own Fremuco Records label. He co-founded the large improvising ensemble King Ubu Orchestra and was a member of this ensemble for 10 years.

He moved to Vancouver, Canada in 2001 where he has been performing at the Vancouver International Jazz Festival and acts as co-curator of the annual Time Flies Improvised Music Festival. He plays in various ensembles, including Vancouver based drummer Dylan van der Schyff’s Bande X and his own ensemble, Hoxha, with British trombonist Paul Rutherford and Dylan van der Schyff. 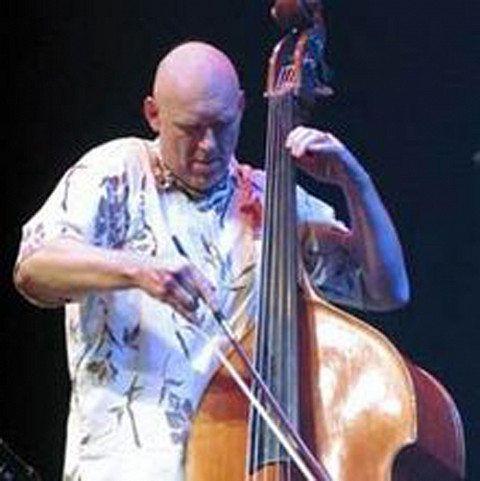