Driven by trombonist/composer Tom Walsh, this Montréal group is one big musical laboratory. NOMA mixes in the virtusosity of musicians considered among the best in town. Result: a powerful new formula.

PHAT HED’s tenor-bass sound is filled with driving grooves, extended technique, and above all, a sense of humour. Sheer energy!

Thanks to Canada Council for the Arts. 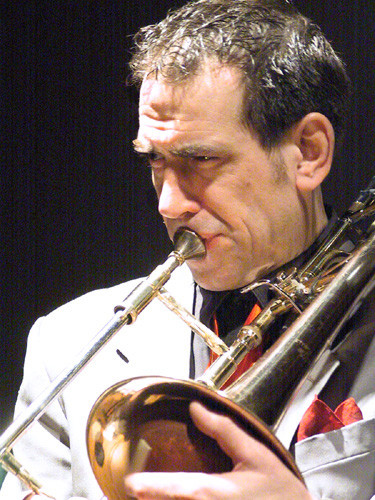 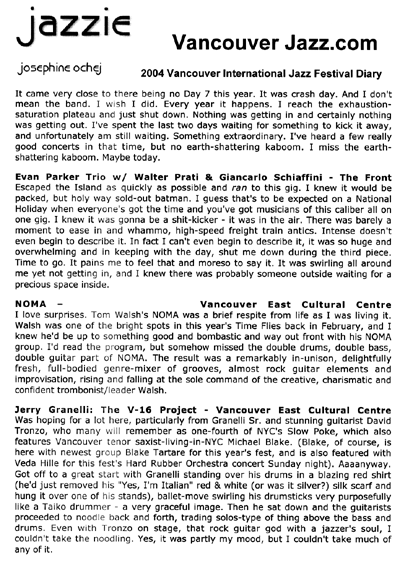 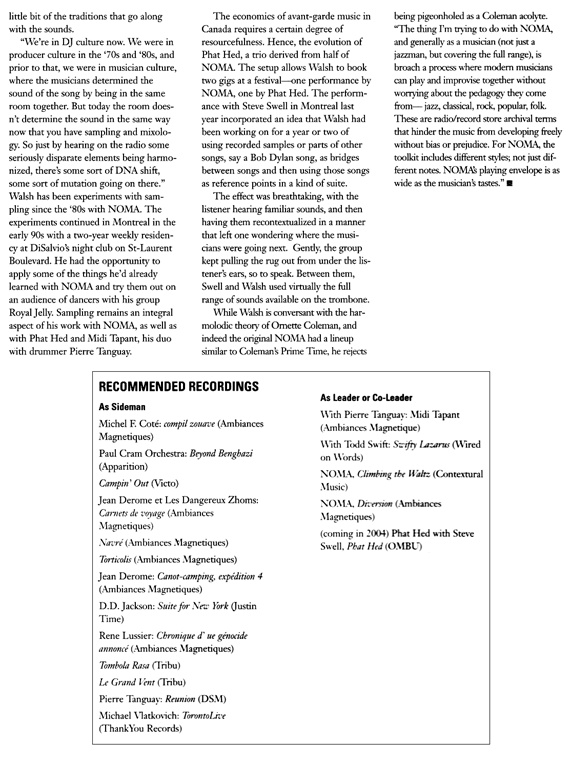 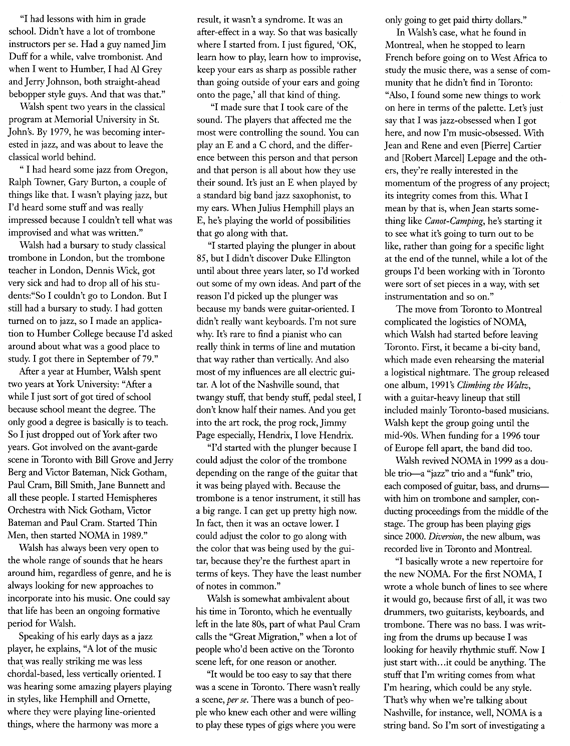 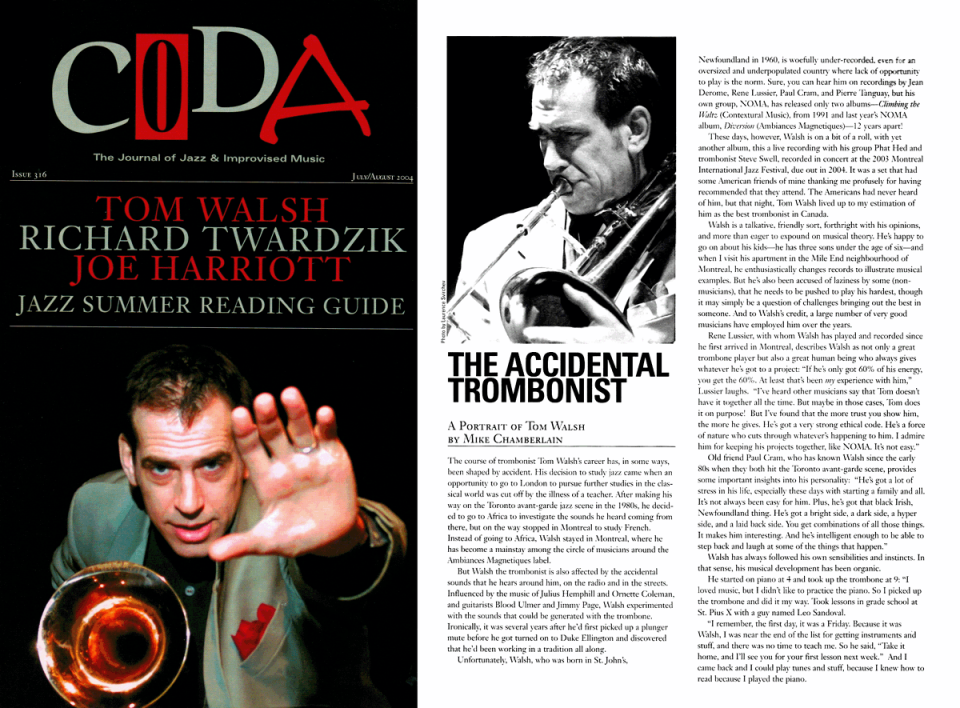 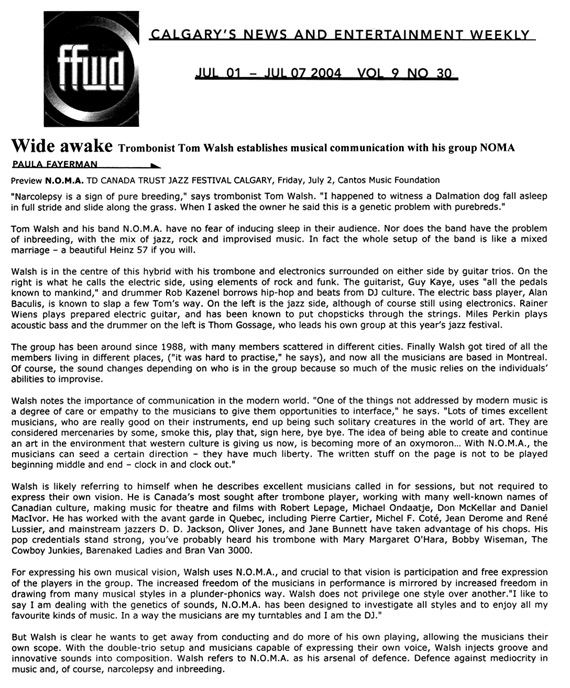 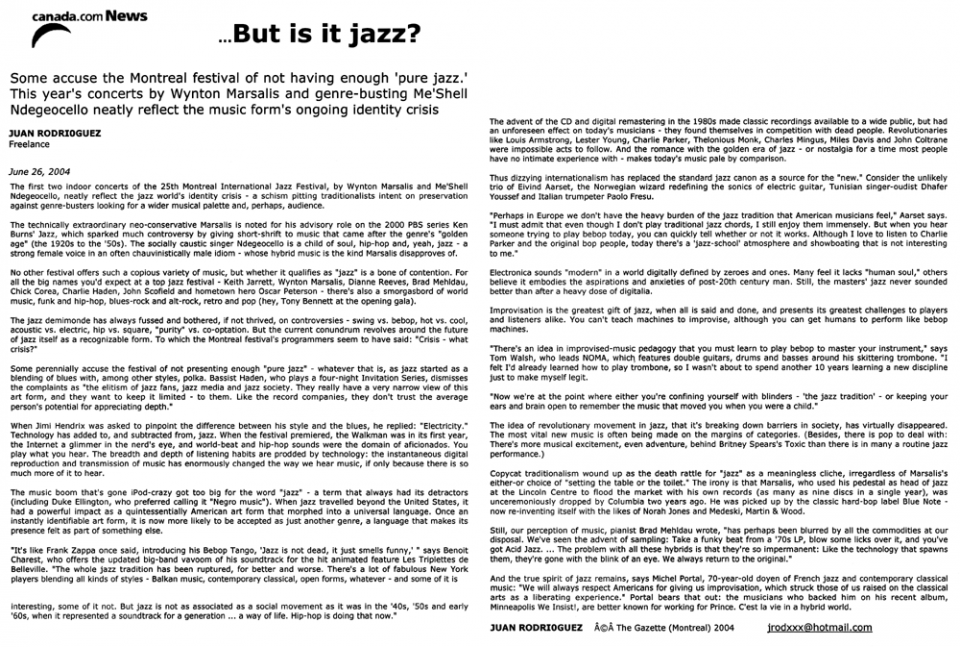 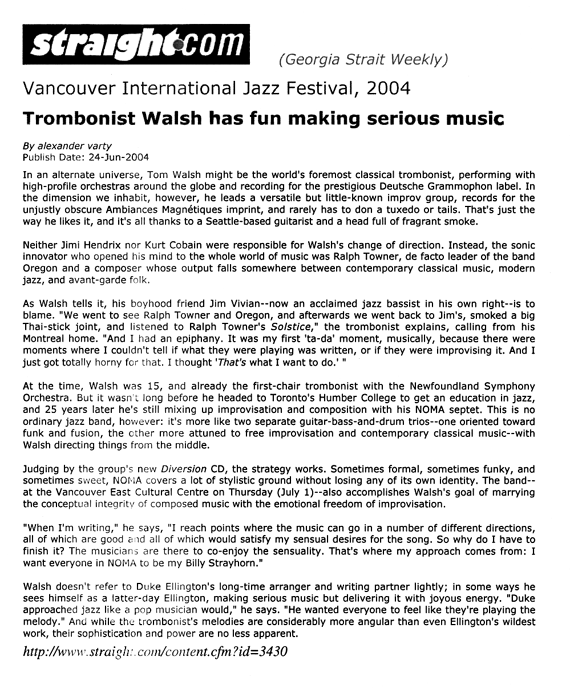 As Walsh tells it, his boyhood friend Jim Vivian — now an acclaimed jazz bassist in his own right — is to blame. “We went to see Ralph Towner and Oregon, and afterwards we went back to Jim’s, smoked a big Thai-stick joint, and listened to Ralph Towner’s Solstice,” the trombonist explains, calling from his Montréal home. “And I had an epiphany. It was my first ‘ta-da’ moment, musically, because there were moments where I couldn’t tell if what they were playing was written, or if they were improvising it. And I just got totally horny for that. I thought ‘ That’s what I want to do.”

At the time, Walsh was 15, and already the first-chair trombonist with the Newfoundland Symphony Orchestra. But it wasn’t long before he headed to Toronto’s Humber College to get an education in jazz, and 25 years later he’s still mixing up improvisation and composition with his NOMA septet. This is no ordinary jazz band, however: it’s more like two separate guitar-bass-and-drum trios — one oriented toward funk and fusion, the other more attuned to free improvisation and contemporary classical music — with Walsh directing things from the middle.

Judging by the group’s new Diversion CD, the strategy works. Sometimes formal, sometimes funky, and sometimes sweet, NOMA covers a lot of stylistic ground without losing any of its own identity. The band — at the Vancouver East Cultural Centre on Thursday (July 1) — also accomplishes Walsh’s goal of marrying the conceptual integrity of composed music with the emotional freedom of improvisation. 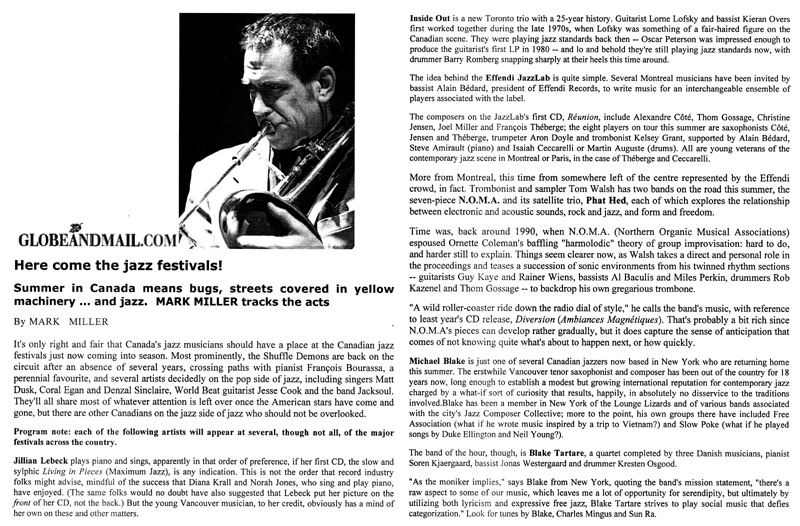 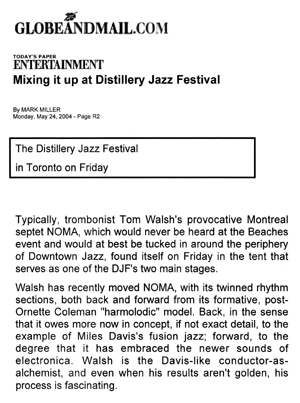