This project by Jean Derome was premiered in May 1997 at the Festival international de musique actuelle de Victoriaville (FIMAV Festival). It was subsequently presented in Paris and Montreuil (France; and in Zurich (Switzerland).

Georges Perec’s book Je me souviens (“I Remember”) strikes the imagination. In it, he revisits the memory of things, in his own way, brushing our own memories in the process. Following the same impulse of nostalgia, Jean Derome has invented a musical herbarium designed to refresh our auditory memory. 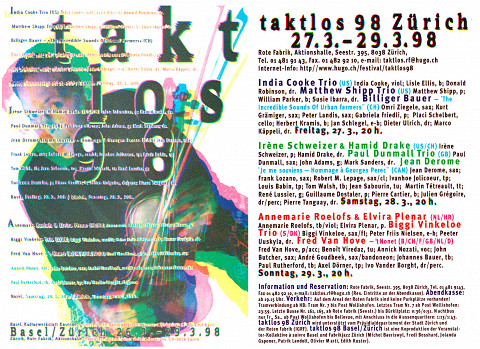