Simoneda 2: Wondeur Brass plays songs from its new Slavic-tinged, evermore rebel-sounding record “Simoneda, reine des esclaves”. With this second album released december firt 1987, the only brass left in Wondeur Brass is in the group’s name. Through the years, the quartet has turned its back on fanfare music to foray into new music and avant-rock. The four musicians have kicked the energy levels up a few notches.

Dissonances, tension between improvisation and the automated aspect of keyboard-programmed sounds, beats out of sync and surreal narratives are this incarnation’s trademarks. The group makes frequent tours in Europe, Quebec and Canada. 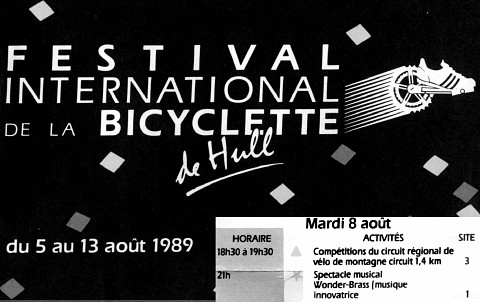