Turntablists, Martin Tétreault and Otomo Yoshihide met at the 1996 Victoriaville FIMAV Festival. Right there and then, they promised each other they would play together when the occasion presented itself. And they did. A short Canadian tour in 1997 preceded the recording sessions for “21 Situations,” their first album, released by the Montreal label Ambiances Magnétiques. Since then, their paths have been crossing at various international festivals and venues, including the famous 2002 “Turntable Hell Tour,” which took 8 turntablists to a dozen UK cities. This time, they will be touring as a duo, with 15 concerts in France, The Netherlands, Belgium and Switzerland, April 15-30, 2003. 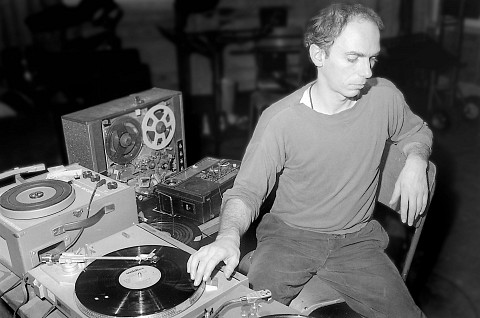 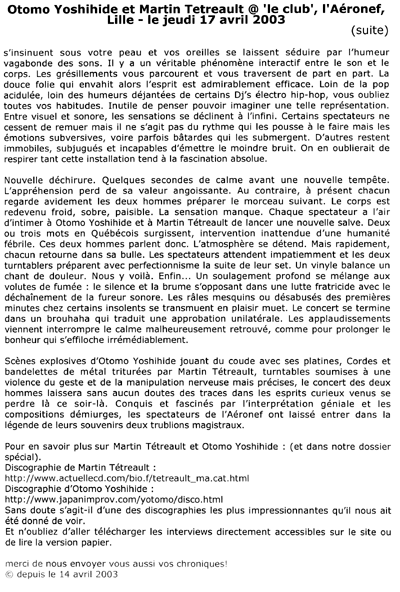 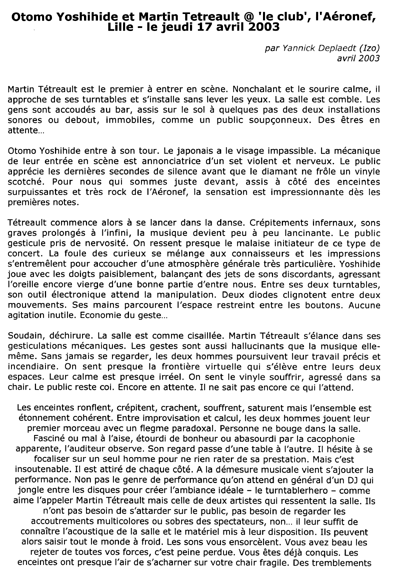