The videos feature 40 iconic musique actuelle practitioners who gravitate around the Ensemble SuperMusique — both well established and emerging musicians —, grouped into 8 small ensembles made up of 3 to 8 members, their eclectic line-ups and instrumentation representative of the musique actuelle and improvised music approaches.

Among these 40 instrumentalists, 8 “conductors/creators” have been invited to choose and arrange compositions taken from the ensemble’s repertoire and written by its founding members Joane Hétu, Diane Labrosse, and Danielle Palardy Roger.

Four male and four female composers have injected new life into songs or instrumental music originally played by Wondeur Brass, Les Poules, Justine and a variety of other bands predating Ensemble SuperMusique, dusting and refreshing them, and thus offering us exciting and transformed new versions. These videos highlight both actual musique actuelle pioneers as well as all the musicians who have kept this music so incredibly alive and well in Québec along all these years.

Vidéos Émeraude is a journey through the history of SuperMusique and a meeting with all these artists who still nurture this effervescent scene within Québec’s contemporary music.

Vidéos Émeraude is available for free on our web site.

The realization of the Vidéos Émeraude series was made possible thanks to the financial support of the Conseil des arts et des lettres du Québec as part of the Digital Exploration and Deployment program. Productions SuperMusique would like to thank Le Vivier for its production support. 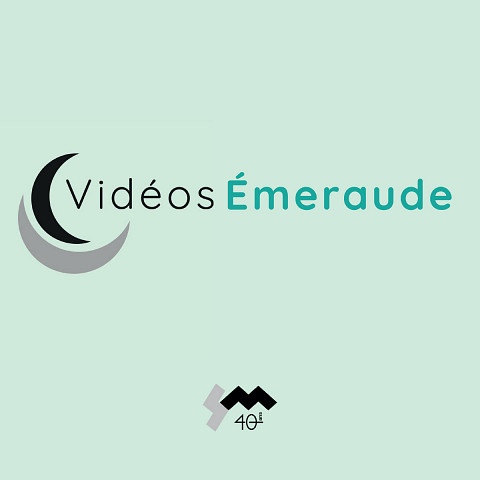