Produced by Production SuperMusique and Sala, in collaboration with Tangente.

Voice And Experiments In Noise

This SuperOption 3 event offers a savory blend of soundsinging, mouth percussion, noise music, and spoken word… a perfect feast for minds ready for a disconcerting and intelligent meal.

First part: From Toronto, Paul Dutton is one of the fine explorers of the limits of human acoustic expression. A creative soundsinger, he combines language and music with spectacular mouth percussion and breathing effects. His work on acoustic sounds led him to integrate in a unique way his literary and musical approaches. One of the most highly regarded sound poets in the world, this virtuoso vocalist has performed solo and with various groups, on stage and on record, all around Canada, Europe and the US, for over three decades. His main collaborators are pianist Michael Snow and saxophonist John Oswald (the three of them forming the CCMC trio), along with Jaap Blonk, Koichi Makigami, Phil Minton and David Moss, all members of the group Five Men Singing.
New album out on Ambiances Magnétiques: Oralizations (AM 130).

Second part: Pierre-André Arcand, an interdisciplinary artist and poet, creates fascinating universes with the help of his voice and his favorite instruments, like the sound book and the sound ashtray. His Digital Macchina Ricordi software handles the playback and loop recording of superimposed sounds. Here, repetition — often at the heart of his work — is applied to both visual poetry and audio art, in a unique way. Arcand has performed in several countries, has been published in various magazines and publications, and has released seven solo albums. Coming from the visual arts field, he maintains a high profile in performance art, poetry, experimental music, and in the fields of artistic experiments involving modern technology.
New album out on Ambiances Magnétiques: Atlas Epileptic (AM 127).

These two artists share a deep involvement in vital arts and are renown for their energy and creativity. And that’s what the SuperOption events are all about: presenting great talents whose performances become unique treasured moments!

Honored with the 2000 Opus Award for Discovery of the Year, the Quatuor Bozzini is a lively young string-only group that sails freely from avant-garde events to more traditional concerts. Playing over 40 concerts a year in Canada, Europe, and the US, the Quatuor Bozzini draws its repertoire from the classical and romantic eras, all the way to improvised new music. The group’s young artists are especially fond of collaborations with living composers and they have premiered works by Christian Wolff, Michael Oesterle, Malcolm Goldstein, Gerald Barry, and Jean Lesage, among others.

The Unexpected is quite a surprising double duo, but also a meeting between the Montréal and Vancouver free improv scenes. Consisting of two guitarists and two drummers, this unusual group is in fact an elite team solely devoted to living, entirely improvised music. The playing strikes by its delicate virtuosity and the level of deep understanding running through it. Often quiet, occasionally intense, the music is always strangely flexible and truly creative.

New compact disc out on Ambiances Magnétiques: The Unexpected One (AM 122)

Rouge ciel, a young band from the younger generation, is one famous collective of composers and improvisers who switch back and forth between scored and improvised music. Their diverse pieces draw elements from Eastern European folk, jazz, and down-and-dirty rock music… A wide array of instruments — from acoustic guitar and melodica to turntables — are put to contribution in their devilish, captivating beats. Their joie de vivre is irresistible!

Under Jean Derome’s leadership, Les Dangereux Zhoms offer an explosive, sharply contrasted blend of five experienced musicians. Each member plays an active part in the composition, constantly altering its phrasing, dynamics, shape, and improvisation parameters. Derome’s task as composer and band leader is to create some common ground that will allow for the advent of something so rare and so beautiful — music… And here, music allies virtuosity and grace, since all the musicians in this group have a very deep and significant understanding of the musique actuelle vocabulary. 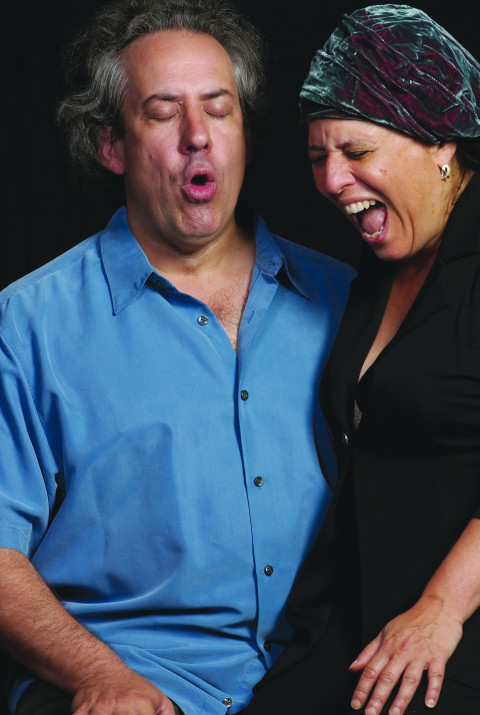