Productions SuperMusique presents a two-part concert: European trio NYX, followed by the GGRIL from Rimouski. This is a concert not to be missed!!

The audacious instrumentalists of the GGRIL (Grand groupe régional d’improvisation libre), they will present two works that are Montréal premieres. The first is a piece by the composer-violinist Patricia Bosshard (Switzerland) in which we hear vintage electronic instruments and sounds of distortion, reverb, modulation and delay. In the second piece by composer-saxophonist Joane Hétu, the musicians sing and play sounds inspired by crickets, she-wolves and loons.

As for NYX (the name of the Greek goddess of night) unites three famous improvisers, three major female figures of experimental music: Sophie Agnel (piano), Isabelle Duthoit (voice and clarinet), Angélica Castelló (in absentia) and Diane Labrosse, sampler, computer. Their intense performance is without compromise as they bring contrasting and organic free musics to Québec [Angélica Castelló in absentia].

A presentation by SuperMusique in collaboration with Tour de bras.

This concert is made possible thanks to the support of the City of Lausanne, the Suisa Foundation, the Nicati-de Luze Foundation, the Pro Helvetia Foundation — Swiss Foundation for Culture, the Consulate General of France in Québec City and the Federal Ministry for Arts and Culture of the Republic of Austria. 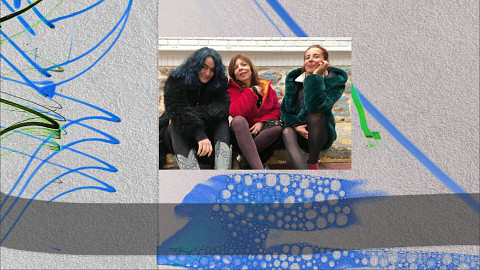