Wondeur Brass is now five years old and its art is more resolute than ever. The group released its first LP, “Ravir”, which spawns a tour that would last from March 1985 until July 1986 and take the musicians throughout Quebec, the rest of Canada and Europe.

During 1985, the group would go from six to five musicians. Among the six members active at the beginning of the year, four were part of the original line-up: Ginette Bergeron, Joane Hétu, Diane Labrosse and Danielle Palardy Roger. Judith Gruber-Stitzer and Hélène Bédard had joined the group later on, but the latter would leave that year. 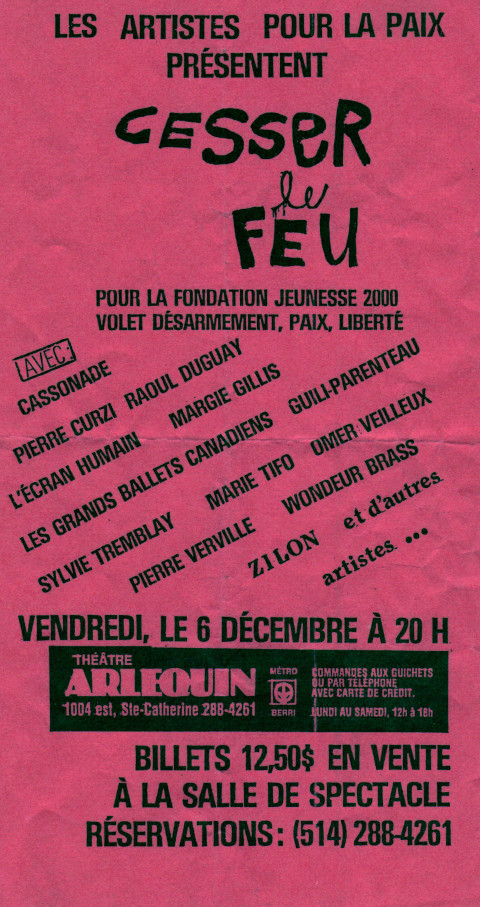