Andrea Young is a composer of acoustic and electroacoustic music, as well as a vocal performer of contemporary concert music. Initial studies in Vocal Performance and Composition at The University of Victoria, 2001, led to a Masters Degree of Music in Sonology from The Royal Conservatory, The Netherlands in 2007.

In 2008 Andrea Young founded the VOICE/wire series: a collection of new works for voice and electronics. This series continues to evolve as it combines her own compositions with those of fellow composers from Europe, Canada, Mexico and South America. Her own compositions tend to interpolate between the rigorous and the absurd, equally interested in the physical performance of music as well as the aural imagination. Her work has been enabled by several awards from the Canada Council for the Arts and the BC Arts Council between 2008 and 2011.

Recently, she has performed in Montréal during the concert series Innovations en concert featuring the performance of her compositions for voice and electronics. Continuing to pursue her academic work as a composer and performer, Andrea Young has commenced a Doctorate of Musical Arts at The California Institute for the Arts, Valencia, CA, in 2011. 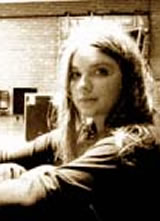