Born in Tehran in 1976, Kiya Tabassian received his initial training in Persian music from Mehrdad Torabi at the Bahârlou Institute in Tehran, from Reza Ghassemi in Paris and Kayhan Kalhor in Montréal. He has also studied composition at the Conservatoire de musique de Montréal with Gilles Tremblay. In 1990, upon his arrival in Canada, he co-founded the Darvish-Khan Trio, an ensemble devoted to classical Persian music. He is also the co-founder of Constantinople, an ensemble that specializes in medieval and Renaissance music, and Nowrouz, which is devoted to classical Persian music. Kiya has collaborated with the Canadian Broadcasting Corporation (CBC) on several occasions as a performer and special co-host. In addition, he performs regularly throughout the US, France, Greece and Mexico, both as a soloist and in collaboration with other musicians. Since March 2002, he has been an active member of the MediMuses project, as a member of the research group on the history of Mediterranean music. Kiya is a member of the Conseil Québécois de la Musique. He has received several grants from the Canada Council for the Arts and the Conseil des arts et des lettres du Québec. Kiya has frequently been invited to give lectures and presentations on Persian music. 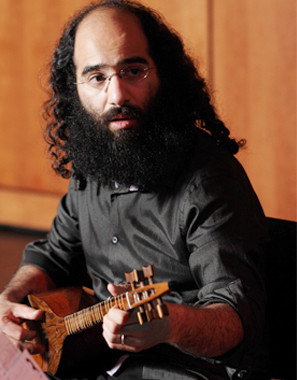