Pianist Pamela Reimer pursues a diverse performing career as soloist and collaborator, playing traditional and contemporary repertoire. She has studied with Tom Plaunt, Louis-Philippe Pelletier, Gyorgy Sebok, Lorraine Vaillancourt and Frederic Rzewski. Her performing activities have taken her to the UK, Scotland, New Zealand, Austria, Switzerland, across Canada and the eastern United States of America. Ms Reimer has been heard on the BBC, CBC Radio, and the Chaîne culturelle de Radio-Canada.Since 2002, Pamela has been performing music which integrates theatrical elements such as spoken text and movement. She has performed Canadian premieres of theatrical piano works by Randall Woolf, Jerome Kitzke, Aaron Jay Kernis, Elena Kats-Chernin, Christopher Fox, and Martin Bresnick. Following the completion of her doctorate in solo contemporary theatrical piano music (May 2005, Université de Montréal), she presented a paper and recital at the first annual “Collision” Symposium for interdisciplinary arts in September 2005 in Victoria, BC. She has given theatrical recitals in Montréal in the festival "Jusqu’aux oreilles" and at the Unitarian Church of Montréal, and in March 2008, premiered a new piece by Charles-Antoine Frechette. Pamela collaborated with Les Grands Ballets Canadiens for their 2004 Canadian premiere of Polyphonia, with solo piano music by Gyorgy Ligeti. She performed this ballet with them again during the 2006-2007 season, as well as for Anik Bissonnette’s gala in June 2007. Other dance collaborations include working with percussionist Philip Hornsey in duos by Howard Bashaw, James Harley, Nicolas Gilbert and Michael Oesterle for Dominique Porte’s choreography Exit (2006), and soloist in Stravinsky’s Capriccio for Piano and Orchestra in May 2008 for Balanchine’s choreography Rubies. Besides her frequent performances and tours with the new-music ensembles Bradyworks, Ensemble Contemporain de Montréal, Ensemble Kore, and the Blue Rider Ensemble, she has also worked with composer Mark Warhol and the Warhol Ensemble. In August 2007, she collaborated with Welsh composer Tristan Evans to present a piece for piano and computer software PureData. Pamela is in demand as a collaborator with singers and instrumentalists. She has been an official accompanist for the Jeunesses Musicales International Violin Competition, the Czech and Slovak Voice competition, the competition of the Montréal Symphony Orchestra and the Orford Arts Centre summer program. She has also played in the orchestra of Les Grands Ballets Canadiens, McGill Chamber Orchestra and the Montréal Symphony Orchestra, and is a regular performer in the Ottawa Chamber Music Festival. 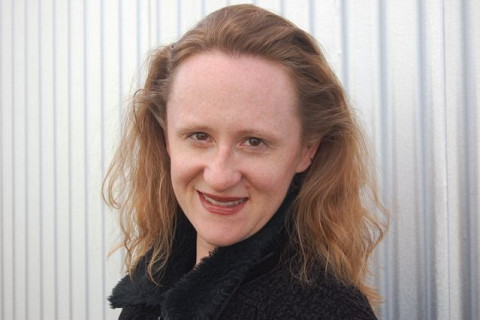