Passionately devoted to contemporary music, the Quasar saxophone quartet has dedicated itself from its inception to the creation and promotion of new musical forms. Founded in 1994, the quartet has since commissioned over one hundred works encompassing the manifold aspects of musical creativity, including instrumental music, improvisation, electronic music, and instrumental theatre. On their own or accompanied by a symphonic orchestra, acoustic or plugged in, the ensemble has distinguished itself with its unique sound, the boldness of its repertoire, and its exceptional level of engagement with contemporary composers. Five-time winners of the Conseil québécois de la musique’s distinguished Prix Opus, Quasar presents an annual concert series in Montréal while performing extensively across Canada, the United States of America, and Europe. 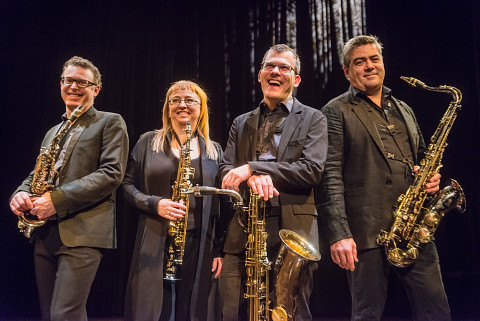