Ben Grossman is a vielle à roue (hurdy gurdy/Drehleier) player, percussionist, composer and improviser. He began playing guitar before he hit his double digits. At the age of twelve, he began two years of private study of the double bass, at the same time getting an introduction to symphonic percussion. When he discovered modern composers, he began a self-directed study of Gamelan, Indian Classical, twentieth century music and what ever else he could get his hands on. Shortly after, he became a student of contemporary, experimental music, devoting himself to percussion, instrument building, and modern approaches to improvisation and composition. As his interests ranged, so too did his attention to traditional instruments grow. His late teens saw him playing Arabic and Celtic frame drums, goblet-drums, experimenting with the Arabic lute (ud) as well as with instruments of his own design and construction.

In the early nineties, Ben became fascinated with traditional European and Celtic music, playing bodhrán with Irish folk bands, getting involved in Balkan music and building and playing his own vielle à roue (hurdy gurdy). In 1997 he received a Canada Council grant to study ud and Turkish classical music in Turkey, and in 2001 to study vielle à roue with Simon Wascher (Vienna) and Valentin Clastrier (central France).

Over the last fifteen years Ben has performed and recorded with an assortment of traditional, folk, experimental, early music, jazz, pop and fusion groups including the Toronto Consort, Ensemble Polaris, violinist Oliver Schroer and early music ensemble La Nef. For the last few years, he has toured the USA with electronic music innovator BT and extensively in North America and Europe with Loreena McKennitt.

Ben’s work has appeared on over eighty CDs and can also be heard on film soundtracks, radio dramas, and in television shows and commercials.

Today, his main focus is the vielle à roue and it’s applications in early, traditional, experimental and ambient music, and the exploration of all of the sound possibilities of this ’acoustic synthesizer’. 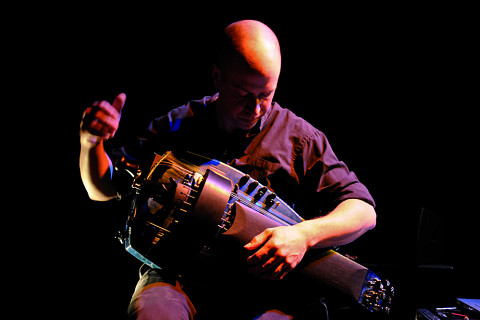