As a student of philosophy in the 1990’s Thierry Bissonnette changed course for literature. Writing as a critic for Nuit Blanche and then Le Devoir he developed his parallel identity, Thierry Dimanche, which was the name he used to sign his first collection of poetry in 2002. His subsequent works were published by l’Hexagone, Le Quartanier, and then Prise de parole in Sudbury, where he has lived and taught since 2007. In 2015, he received the Prix Champlain for his work Le milieu de partout.

In 2004, he began working with Rhizome Productions to develop literary performances and multimedia works. This led to a short film, a virtual cabaret and an album. Between 2008 and 2010 he participated in VSUP (Veuillez signaler un poème), a collaboration between five poets and five contemporary composers. He appears on the sonic-poetry compilations VQQV et Des monstres dans la gorge (Actuelle CD). More recently he has been a member of the metal-poetry collective POMME and worked on the project Deux mille mètres sous terre with composer Robert Lemay all while continuing to create a variety of other sound works. In November 2019 he published his first novel: Cercles de feu published by Le Quartanier. 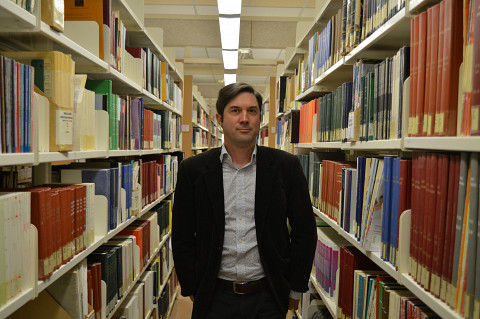