Manon De Pauw’s work has been presented at the Musée d’art contemporain de Montréal, the Théâtre La Chapelle, the Centro Nacional de las artes in Mexico, at the Festival des films sur l’art and at the Art Gallery of Nova Scotia, among others. In 2009, la Galerie de l’UQAM and the curator Louise Déry presented the exhibition Manon De Pauw — Intrigues, which circulated notably to the Musée Régional de Rimouski (2011) and the Centre Culturel Canadian à Paris (2012). In 2019, she designed the exhibition Actes de présence as a guest curator at the Musée d’art contemporain de Montréal in the museum’s Point de vue sur la collection series. In 2011, she was the Québec finalist for the Sobey Award for the Arts, and in 2012, the visual art winner of the Victor-Martyn-Lynch-Staunton Award from the Canada Council for the Arts.

In addition to her individual projects, she is an active collaborator with many artists including choreographer Danièle Desnoyers and musicians/composers André Pappathomas, Joane Hétu and Philippe B. In 2014, she presented the interdisciplinary performance La matière ordinaire at Usine C in the Festival Temps d’Images. In the spring of 2017, she presented Cocons somatiques at l’Agora de la danse in collaboration with the dancer and choreographer Pierre-Marc Ouellette. That same year, she participated as a designer/creator and visual performer in Un si gentil garçon, created by Théâtre Complice at Usine C. Manon De Pauw lives and works in Montréal. She is represented by Galerie Division, and teaches in the departments of visual and media arts at UQAM. 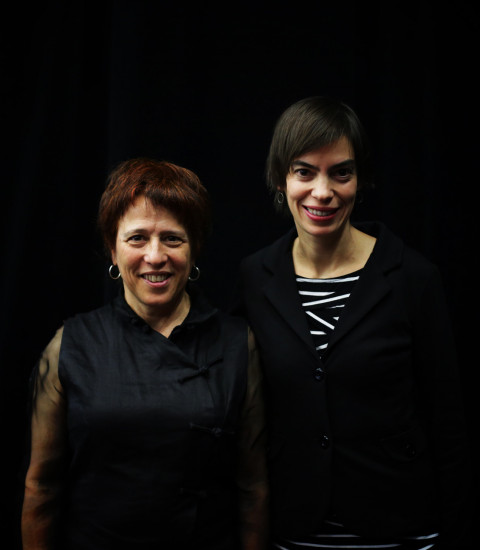